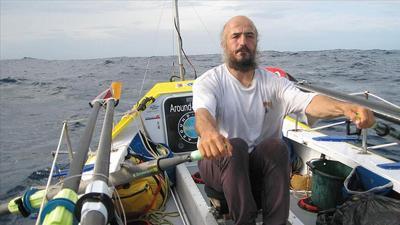 Erden Eruç, a Turkish adventurer who was the first person to circumnavigate the globe solo using human power, has started a sailing expedition from California towards China to break a new record and raise awareness about the environmental crisis caused by human activities.

In his expedition, Eruç plans to reach Hawaii by the end of August and plans to cross Guam and Mariana Islands in January 2022 to avoid the Pacific hurricane season. After arriving in Hong Kong in March 2022, he plans to cycle all the way to Nepal to later climb to the summit of Mount Everest summit in the summer.

After that, in the fall of 2022, he plans to travel through China’s Xinjiang, Kyrgyzstan, and Kazakhstan before summiting Mount Elbrus on the Russia-Georgia border. He will also scale Aconcagua in Argentina.

Eruç plans to spend the spring of 2023 in Turkey to visit rural schools and speak to children about his adventures and expeditions.

He stated that he undertook this journey to achieve his personal goals as well as raise awareness about the environmental crisis caused by human activities.

“During my voyage, I will put a hydrophone in the back of my boat that will collect data in the ocean. That data will be used in a scientific study documenting the number and habitat of beaked whale species,” Eruç said.

Eruç has broken 15 Guinness World Records and is listed in 2009, 2012, 2014, 2017 and 2018 Guinness Book of Records. He has also been recorded as the first person to complete a solo circumnavigation of the world by human power; the first to row across the Atlantic, Pacific, and Indian oceans. 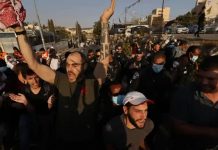 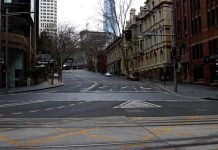