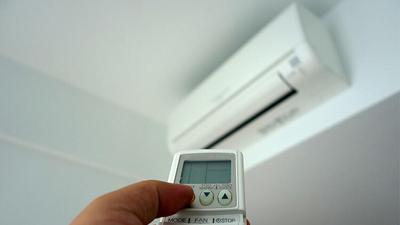 The Turkish heating, ventilation, air-conditioning and refrigeration (HVAC&R) industry businesses are preparing to reach $5.5 billion in exports this year, the head of an association said on June 24.

Turkey’s top export markets in the first five months were Germany, the United Kingdom, Italy, France and Uzbekistan, according to Mehmet Hakkı Şanal, the head of the Turkish HVAC&R Exporters Association (İSİB).

“We have reached $2.4 billion in exports in the first five-month period this year with an annual increase of 42.8 percent,” he told the state-run Anadolu Agency.

Turkey’s HVAC&R exports were at $1.7 billion in the same period of last year.

“With the physical fairs and promotion events, our firms will ramp up their exports in the mar-kets they have been actively operating. As the sector participants, we are aiming at the $5.5 billion exports threshold in 2021,” Şanal said.

Turkish firms have been enhancing their competitive power in Europe, Africa and South America amid a rapid rise in costs in maritime transportation from East Asia, he added.

“New threats related to the COVID-19 disease have shown that usage of new designs, new products and 100 percent fresh air systems will increase. Thus, we have stepped up works to develop new products with a vision of research and development and innovation,” he said.