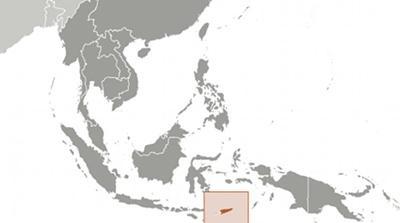 It’s become clear, the planting of listening devices in the cabinet offices by a team of Australian Security Intelligence Service (ASIS) operatives in 2004, was not for the purposes of national security, but to enhance commercial interests.

Australia has acted against the interests of Timor Leste (formally East Timor) on a number of occasions. In 1975, declassified documents indicated the then Whitlam Labor government supported an Indonesian invasion and occupation of East Timor. In 1979, the Fraser Liberal government recognized Indonesia’s annexation of the province into Indonesia. Australia was silent over Indonesian army atrocities, which decimated most of the territory, and caused the deaths of more than 120,000 Timorese.

Declassified intelligence documents indicated that the Howard government didn’t support the US initiative in sending peacekeepers into Timor until the last minute, and was aware of Jakarta supported militant groups operating in the territory, responsible for violence, intimidation and murder of East Timorese, at the time.

The latest chapter in Australian government deceit is currently playing out at the ACT Magistrates Court, where two people, one named as Witness K (whose name can’t be disclosed as a former operative of ASIS due to the Intelligence Services Act 2001), and his lawyer, former ACT attorney general Bernard Collaery.

Witness K exposed an illegal covert operation against the Timor Leste government, occurring back in 2004. Former foreign minister Alexander Downer had personally authorized ASIS to plant listening devices in the cabinet complex in Dili. This operation was undertaken by ASIS operatives, posing undercover of an aid project to Timor Leste, to refurbish the government offices.

The eavesdropping on the Timor Leste negotiation team on the division of oil and gas rights in the Timor Sea had more to do with the business interests of Woodside Petroleum, and its subsidiaries, than with Australia’s national security. War torn Timor Leste, needed to urgently finalize an agreement to earn much needed revenue to rebuild the country.

The Australian government objective was to find out what the Timor Leste negotiating team’s bottom line would be, negotiation tactics, and what individual members of the government were thinking about the negotiations. Alexander Downer, leading negotiations for Australia, was at an advantage with this illegally gathered information. As a consequence, he was able to negotiate terms favourable to Australia, where the oil and gas reserves at the Greater Sunrise Fields would be shared on an equal basis.

Witness K, who was reported to be the head of ASIS technical operations, later felt that the execution of this operation breached the agency’s statutory charter, as the operation was specifically arranged to extract information to advantage one side in business negotiations, rather than any deal with any matters of national security, or an operation critical to ASIS watching brief.

Three months before East Timor became independent from Indonesia in 2002, then foreign minister Downer withdrew Australia from the maritime boundary jurisdiction of the International Court of Justice and International Tribunal on the Law of the Sea. This prevented Timor Leste turning to the court with their claim, forcing them to negotiate bilaterally with the Australian government.

Witness K felt ASIS had been used to benefit specific business interests, at the detriment of Australia’s real national interests, and security requirements. Woodside, which owns a consortium of ventures with rights to explore the Greater Sunrise oil and gas fields, which have massive oil and gas reserves, would directly benefit.

Woodside management traditionally had close relationships with members of the Australian government. The former secretary of the Department of Foreign Affairs and Trade (DFAT), Dr Ashton Calvert, joined the board of Woodside immediately upon retiring from the Australian Public Service, in 2005. Former Labor MP, Gary Gray, who was a former minister for Resources under the Gillard government, worked for Woodside as director of corporate affairs before he entered parliament in 2007. Liberal Ian Macfarlane, a minister for Industry, Tourism, and Resources under the Howard government and later under the Abbot government, joined Woodside as a director in 2015, after leaving parliament.

Woodside is a major political donor and the company’s former chairman Charles Goode, sat on the board of the Liberal Party fundraising vehicle that generated electoral funds for the party.

In addition, unknown to the Timor Leste government at the time, the Greater Sunrise Field also had substantial deposits of helium, which ConocoPhilips was exploiting, by extracting and processing helium from the LNG coming into Darwin through a pipeline.

On learning Alexander Downer was made a consultant to Woodside, Witness K made a report to the Inspector-General of Intelligence and Security (IGIS), an independent statutory office holder who reviews the six Australian intelligence bodies. He was granted official permission to consult with ASIS approved lawyer Bernard Collaery.

Soon after Witness K made the report to the IGIS, his employment was terminated by ASIS. Witness K spent a number of years fighting this decision through the Administrative Appeals Tribunal (AAT), being harassed, intimidated, and regularly questioned, over those years leading to self-isolation, withdrawal, and deep depression.

The Timor Leste negotiator, Peter Galbraith, a former US ambassador to Croatia, was quoted as saying the bugging was not what you would expect to do to a friendly state, and not something one would do for commercial advantage.

Aggrieved over the incident, the Timor Leste government took the issue to the Permanent Court of Arbitration in The Hague to overturn the agreement that had previously been negotiated with the Australian government.

The court invited Witness K to give testimony in The Hague. However, Australian attorney general George Brandis cancelled Witness K’s passport to prevent him appearing before the court. The Australian Security Intelligence Organisation (ASIO), then raided the homes of Witness K and his lawyer and Timor Leste advisor, Bernard Collaery, taking away all documents and files relating to the Timor Leste case.

In Collaery’s case, ASIO waited until he had just left for The Hague to present the case, giving the Australian government a copy of the Timor Leste evidence and case.

The matter of Witness K and Bernard Collaery was not prosecuted as then attorney general George Brandis was hesitant, not convinced of the public interest in doing so.  However, the new attorney general Christian Porter continued with the matter. Three months after the new agreement with Timor Leste, the Commonwealth Director of Public Prosecution brought charges upon Witness K and Collaery, under Section 39 of the Intelligence Services Act 2001, which criminalizes the communication of information acquired or prepared by any Australian security service in connection with analysis or field operations.

The timing of the prosecution puts a large question over the independence of the Commonwealth Director of Public Prosecution from the attorney general.

Even though the public was already aware of the major facts of the incident, the court was conducted in secret under the National Security and Information Act, 2004, which was intended to prosecute alleged terrorists, and not whistle-blowers. Many legal opinions question the need for a secret trial, because most facts are already known to the public, and not many aspects of the trial actually relate to national security.

The public only found out the two had been charged, and would go on trial because an independent MP, using parliamentary privilege, brought the issue to public attention in parliament.

Disclosing information in the public interest is not a legal defence in Australia. The charges led to outrage and protest by Australian academics, lawyers, retired judges, and human rights NGOs. Some within the industry questioned the wisdom of bringing up charges and prolonging the issue in the public domain. Others argued that the prosecution was not in the public interest. Of particular concern was the secrecy of the trial, as an important legal principle is that justice should be seen to be done transparently, in public. The prosecution was also condemned as it appeared to lack independent and apolitical determinations.

The Australian government has been consistently intent on punishing whistle-blowers and making an example for those who might in the future be tempted to follow suit.

On June 17, Witness K pleaded guilty in the Australian Capital Territory Magistrates Court and received a 12 month good behaviour bond, being spared jail. Lawyer Bernard Collaery, pleaded not guilty, believing there has been a gross injustice, where the case is set to continue.

Although both defendants are being treated as traitors in Australia, they are considered heroes in Timor Leste, with groups holding banners and wearing T-shirts in support of their cause.

The defendants in the above case were the ones who disclosed an illegal act, sanctioned by then foreign minister Alexander Downer and carried out by ASIS. There is a similarity of Australian government with attitude with the Julian Assange case in the UK, awaiting an appeal on his extradition to the United States. Assange through Wikileaks exposed illegal acts carried out by the US military in Iraq, and is facing a long list of charges in the United States. The Australian government has been complicit in the Assange case, under heavy criticism from human rights groups for not rendering him assistance, and negotiating him free passage back to Australia.

National security has become a cover for mismanagement, wrongdoing, and illegal activities by bureaucracies and politicians that have things to hide, according to a former Australian intelligence operative. All the legal ploys and raids are aimed at punishing those who aspire to tell the public the truth. The secrecy of the trial appears to be a coverup for illegal activities sanctioned by the executive, and carried out by ASIS.

The Australian government has betrayed the excellent people to people relationships Australians had with the East Timorese, before the Indonesian invasion in 1975. Many within the Labor movement are disappointed with former prime minister Gough Whitlam who supported the Indonesian move to invade East Timor. The Howard government’s lukewarm response to assisting East Timor with peacekeepers, contradicts the Howard government narrative at the time of wholeheartedly supporting independence. Alexander Downer’s role in the Dili bugging, points to both a need for a Royal Commission on corruption within the national security framework, and a relook at how Australia treats whistle-blowers, and conducts its foreign relations with neighbouring countries in the future. Anti-terrorist legislation should not be used to prosecute and persecute lawyers, journalists, and whistle-blowers.