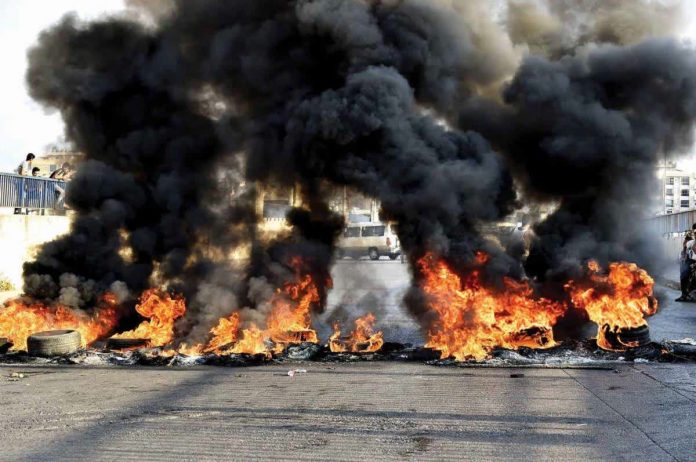 Lebanon moved to reduce the impact of fuel subsidies on its depleted foreign-currency reserves, likely sending retail prices of gasoline and diesel surging and deepening the hardship imposed by its worst-ever financial crisis.

Caretaker Prime Minister Hassan Diab signed an “exceptional approval” that provides hard currency for fuel importers at a rate of 3,900 Lebanese pounds to a dollar for three months, according to his press office. That’s more than double the existing rate of 1,507 pounds per dollar, the now largely redundant official currency peg.

Assuming tariffs and commissions are left unchanged, the price of 20 liters of 95-octane gasoline would rise by around 33%, reaching about 60,000 pounds, Fadi Abou Chakra, the head of fuel distributors’ syndicate, told L’Orient Today, a Beirut-based news website.

Lebanon defaulted on its $30 billion in international debt over a year ago. With no reforms or payment plans agreed since, and without a permanent government, it can’t borrow or attract investors while the pandemic and banking crisis hit businesses.

Under pressure to protect consumers, the central bank had until Friday kept the official peg for imports of fuel, as well as medicines and wheat. It sold dollars at 3,900 pounds for some other basic food items. Most transactions, though, are financed in a burgeoning black market that’s now selling dollars for around 16,000 pounds, a record low.

The currency has collapsed since late 2019 when foreign-currency inflows halted. Officials, including at the central bank, have warned that remaining reserves are too low to continue with the hefty subsidy scheme. Parliament is set to meet next week to approve a prepaid card designed to help thousands of poor families.

In recent weeks, fuel importers have complained that the central bank wasn’t opening credit lines, leading to a fuel shortage and long lines at gas stations nationwide. Lebanon covers 90% of fuel imports and the rest is priced at the black-market rate.

The currency crash eroded the life savings and the salaries of many Lebanese as they grappled with high unemployment and triple-digit inflation. The country has been under a caretaker government since August, when an explosion ripped through Beirut port, killing at least 200 people.

Premier-designate Saad Hariri and President Michel Aoun are at loggerheads over the lineup of a new cabinet. Backed by the international community, Hariri wants a government of nonpartisan experts to manage the crisis.

— With assistance by Abeer Abu Omar, and Ainhoa Goyeneche