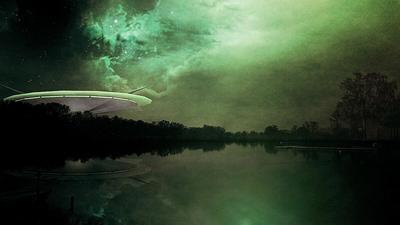 The encounter with an eerie tic-tac-shaped object occurred during US naval exercises in 2004. However, the world only became aware of it in 2017, when the footage was released by the To The Stars Academy of Arts and Science, an organisation that conducts research on extraterrestrial life. The Pentagon later confirmed the veracity of the video.

A US serviceman, who first spotted the infamous Tic Tac UFO, has demanded a public apology from the Department of Defence and the Navy following the release of a Pentagon dossier that revealed the US military has no explanation for the sightings of mysterious objects spotted by civilians and servicemen.

Kevin Day wrote that for years he was the butt of jokes by higher-ranking officers, while his then-boss plainly asked him “what the f**k” he had been “smoking”.

“I had tried in vain to get somebody, anybody, to listen to me. Yet, every time I tried to describe what we had witnessed out in SOCAL during TIC TAC, I was openly laughed at. At the time my concern was purely safety of flight because of objects that I knew to be real and inexplicable were in our training areas. I also hold NAVY/DOD directly responsible for what I and others went through as a result of trying to uphold our own duty and simply do the job the American people paid and expected us to do .. I and others deserve a formal public apology and a redress for the costs I/we paid”, he wrote in a post on Facebook.

The former servicemen said he has no words to describe the vindication he feels following the release of the Pentagon’s report on UFOs.

As mentioned earlier, the encounter with the mysterious tic-tac-shaped object occurred in November of 2004. The eerie UFO was first spotted by the USS Princeton’s radars, before American pilots on the USS Nimitz were told to check on it.

Yet, all four pilots failed to get close to the object, which they argue travelled at a speed they had never seen before.

“There was no propulsion, there was no wings. It rapidly accelerates and disappears. Weirdest thing I have ever seen in my life”, said pilot David Fravor. Fravor also revealed that after the encounter he wanted to check on radar tapes, but when he tried all the tapes from the USS Princeton were missing.

“I was chatting to someone at the archives and they’ve said someone has taken that page from the logbook”, he said.

The much-anticipated Pentagon dossier on UFOs revealed that US authorities still have no explanation for more than 140 sightings of mysterious objects, including the Tic Tac UFO, spotted by civilians and servicemen.