YEREVAN, July 20. /ARKA/. At the beginning of 2021 Armenia’s gold and foreign exchange reserves were the lowest among members of the Eurasian Economic Union (EEU, Russia, Kazakhstan, Belarus, Armenia and Kyrgyzstan), according to the Eurasian Development Bank’s report on Uzbekistan’s integration with the EEU.

According to the report, the gold and foreign exchange reserves of Uzbekistan, which is not a member of the EEU at the beginning of 2021 stood at $34.9 billion, which is comparable to the reserves of Kazakhstan and more than 2.5 times higher than the combined reserves of Armenia, Belarus and Kyrgyzstan.

Moreover, the gold and foreign exchange reserves of Uzbekistan are equivalent to almost 20 months of imports of goods and services. This is significantly higher than the traditional criterion for the adequacy of reserves, equal to three months of imports.

At the same time, the external liabilities of the government stood at about 37% of GDP at the end of 2020. 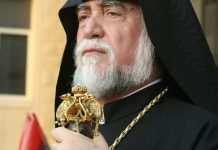