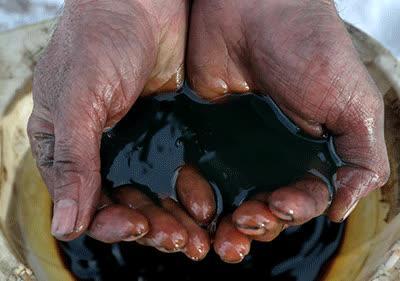 From OPEC to U.S. shale, from fracking to negative oil prices, from endless political debates to inventories, the fossil fuel industry is never short on headlines. But the industry has a few lesser-known tidbits that might come as a surprise to even the savviest oil industry connoisseur.

In no particular order, here is our top 10 list of things you never knew about oil.

Number 10 on our list was not inspired by DC Comics, although it’s easy to see why one would think so. Superhero fans might be surprised–and perhaps giddy–to learn that there is a Batman refinery. It gets its name not from the DC comics, but because of its location in Batman, Turkey. Batman in Turkish means “sunken”, and the town was named that because it often floods. If you’re disappointed that the refinery is not really named after the Caped Crusader, you are not alone.

Number 9 If you are an oil industry aficionado, you probably already knew that Venezuela is home to the biggest oil reserves of any country. But did you know that the Latin American country’s 304 billion barrels of oil are enough to supply the entire world with oil for 8.5 years? That’s over 18 quintillion liters of oil and enough to fill up the Baltic Sea more than two times over!

Number 8 China might be scouring the rest of the world for oil as its own resources are tricky to get to, but China has been in the oil-search game for more than a millennium. The first known wells ever were drilled in China. In 347 AD, oil wells in China were drilled using bamboo poles. Some of those wells were nearly 800 feet deep!

Number 7 Your grandparents might remember a time when Standard Oil was… well… the standard. But in 1911, Standard Oil was broken up into many different companies over antitrust issues. It was a fairly big development that changed the oil business in the United States forever. But did you know that many of those companies have since merged among themselves? Almost all of the split-off companies are today part of either Chevron, Exxon, BP, and Marathon.

Number 6 Alright, inventory watchers, wrap your head around this one. According to the Energy Information Administration, each 42-gallon barrel of crude oil actually yields 45 gallons of petroleum products due to something called “processing gain”. The EIA likens this phenomenon to popcorn, which gets bigger when you pop it.

Number 5 Oil and gas have thousands of uses other than transportation and energy. There are about 6,000 different products that are made with oil and gas. Raingear, Kevlar, and Velcro are just a few of the things made with oil and gas. But without oil, you also wouldn’t have toilet seats or shower curtains. You also wouldn’t have antihistamines, which would make the world a pretty miserable place. Soap, aspirin, hearing aids, contact lenses, and hair color are just a few more products that rely on oil and gas.

Number 4  OPEC–it drives world oil prices by restricting supply. It produces nearly 40% of the world’s oil. And whether you refer to them as an oil cartel or merely as a group, or snicker at OPEC’s cautious refusal to talk in terms of oil prices when we know that’s what they’re doing, OPEC undeniably plays a pivotal role in manipulating the oil markets on a global scale. Still, it may be shocking to consider just how much of the world’s oil OPEC members have found. Of the 20 largest oilfields in the history of the world, OPEC members are responsible for 14 of them. Of the world’s top 5 largest oilfields, all are in the hands of OPEC members, from Saudi Arabia to Kuwait, from Iran to Venezuela. The only country that has one of the top 10 oilfields in terms of barrels of oil equivalent that is NOT part of OPEC is Kazakhstan.

Number 3 Despite the common measurement in barrels, no one ships oil in physical barrels. Why then, is oil referred to in terms of barrels? And why are there 42 gallons in a barrel instead of a nice round number like 40, or even 50? Measuring oil in terms of barrels comes from the United States. In Pennsylvania in the 1800s, oil was stored in whatever was handy–like jars. But as the industry began to take off, the industry needed something bigger to cart the oil around in for sale. People settled on the barrel merely because, at the time, whisky was stored in barrels. And, well, why reinvent the wheel? The barrel seemed like a perfect fit for the oil industry, too. As for why the seemingly random 42-gallon volume, sellers would base the sale off of 40 gallons and add an extra two gallons in for good measure to compensate for what surely would spill during transit.

Number 2 A fair amount of the oil floating around in the ocean got there honestly, by a natural phenomenon known as oil seeps. No one wants oil companies leaking or spilling oil into the ocean, but according to a 2003 report from the National Research Council, 160,000 tonnes are leaked into North American waters each year through these seeps. The area most susceptible happens to be eco-friendly California, where seeps leak 5 million gallons of oil into the ocean each year. Some slicks caused by these seeps are even visible via satellite and can form miles-long lines of oil.