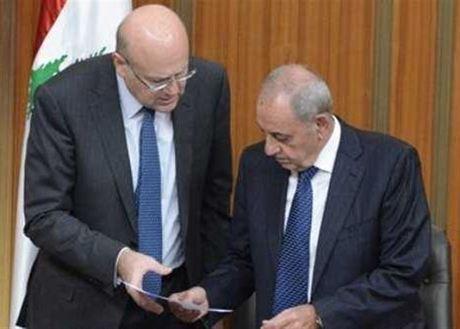 “Ex-PM Saad Hariri has suggested during a meeting for the ex-PMs to nominate either Najib Miqati or Tammam Salam, but he ran into their refusal after they said that it is impossible to cooperate with President Michel Aoun,” Asharq al-Awsat newspaper quoted parliamentary sources as saying.

“But Berri is betting that, in cooperation with Hariri and the ex-PMs, he might convince Miqati to reconsider his decision,” the sources added.

“The parliament speaker is against the formation of a one-sided government that resembles the current resigned government and he might become obliged not to take part in the new government in order not to grant it political cover,” the sources went on to say.

The sources also revealed that Berri has communicated with Hizbullah’s leadership and with Hariri and Miqati because “he has no intention to agree to a one-sided government that lacks the ability to address the international community for assistance.”