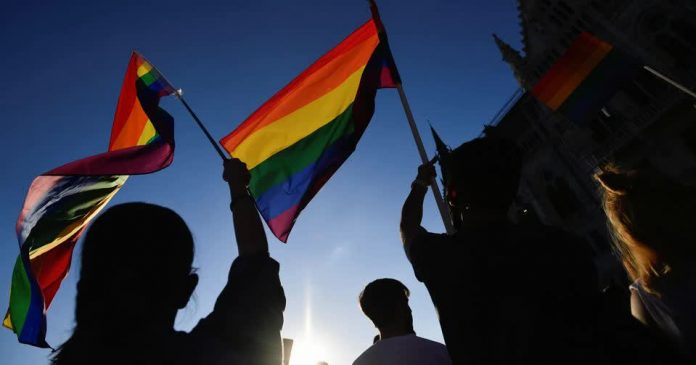 The Hungarian prime minister has hit out at the European Union for overstepping its remit in opening infringement procedures against Budapest, and promised a referendum on the law to protect minors from LGBTQ+ promotion.

Speaking on Wednesday, in a video published on Facebook, PM Viktor Orban blasted the EU’s “attack” on Hungary for its adoption of laws that supposedly protect children from LGBTQ+ propaganda.

He said Brussels was now demanding amendments to Hungary’s new Child Protection and Family Protection Acts, but stated that he was not prepared to back down when the future of the country’s children was at stake.

“Hungarian laws do not permit sexual propaganda in kindergartens or schools, on television and in advertisements,” he said, adding that, in Western Europe, LQBTQ+ activists propagate their message in educational institutions. This would not be allowed to take place in Hungary, he affirmed.

Responding to the EU’s legal action against Hungary, Orban said the country would now hold a five-question referendum on the issue.

According to local media, those questions would be:

The new law, effective in Hungary since June, has been met with dismay by European leaders, with Dutch Prime Minister Mark Rutte even suggesting that Hungary leave the bloc as its views clearly contravened those of the EU.

While the controversial law appears to focus on increasing the punishment for convicted pedophiles, it also stipulates that LGBTQ+ issues cannot be portrayed or promoted to under-18s. Orban says the law has been misunderstood by those in the EU, stating: “This is not against homosexuality. It’s about the right of the kids and the parents.”

The outspoken Hungary PM has long been at loggerheads with the EU, notably over a new stipulation linking access to EU funds with upholding the rule of law. Earlier this year, Budapest elected to take the European Commission to court over the stipulation.