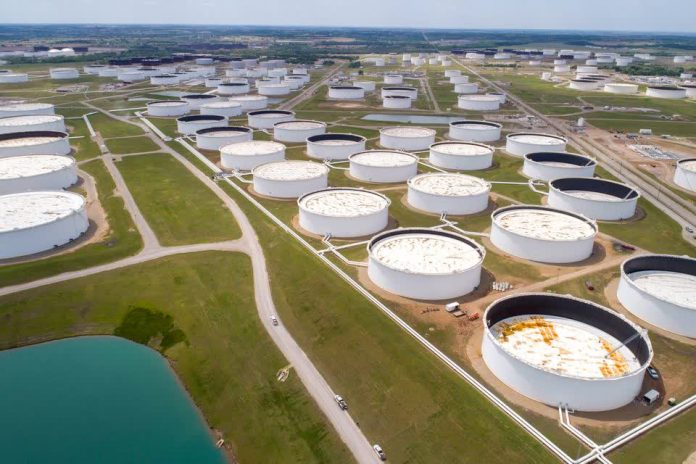 The American Petroleum Institute (API) on Tuesday reported a build in crude oil inventories of 806,000 barrels for the week ending July 16, bringing the total 2021 crude draw so far to a hair under 50 million barrels, using API data.

Analysts had expected a loss of 4.333 million barrels for the week.

In the previous week, the API reported a draw in oil inventories of 4.079 million barrels, largely in line with analyst predictions for a draw of 4.333 million barrels.

The price of a WTI barrel had risen more than 50% so far this year, but slipped on Monday as OPEC+ agreed to ramp up production by 400,000 bpd while fears that a surge in the Delta variant of the coronavirus threatens oil demand prospects.

Oil prices had rebounded 1.4% on Tuesday afternoon in the runup to the data release, after sinking nearly 7% on Monday.

While crude oil inventories continue to drop, U.S. oil production, with shale producers continuing to ease up on their until-now restraint, has increased by 100,000 bpd to an average of 11.4 million bpd for the week ending July 9, according to the latest data from the Energy Information Administration.

It is the highest production level in over a year.

The API reported a build in gasoline inventories of 3.307-million barrels for the week ending July 16—compared to the previous week’s 1.545-million-barrel draw.

Distillate stocks saw a decrease in inventories this week of 1.225 million barrels for the week to counter last week’s 3.699 million-barrel increase.