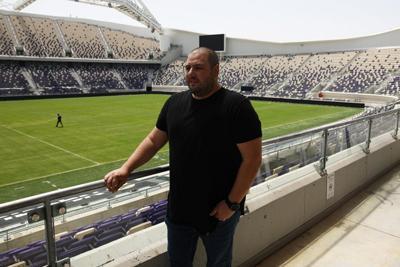 Israel has been happy to let graduates of its intelligence services sell intrusive tools to problematic governments – in fact, the sales are a diplomatic strategy

The latest revelations that NSO Group’s Pegasus spyware is responsible for repeated worldwide violations of human rights and abuses of power are a huge embarrassment for Israel’s new government.

Following the news that a list of 50,000 numbers belonging to journalists, activists and senior officials targeted by the spyware has been uncovered, an interdisciplinary crisis management team consisting of the Mossad espionage agency and the defence and foreign ministries has been established to respond to the scandal.

But it seems that the response is too little, too late. More dramatic action is needed to clear the poisonous atmosphere, which has led to EU leaders expressing their concern about the intrusive Israeli tools.

An international cross-border joint investigation by leading newspapers around the world, including the Washington Post, Le Monde and Haaretz exposed how for several years Pegasus was sold to repressive, dictatorial governments such as Saudi Arabia, the United Arab Emirates and Azerbaijan, or to semi-democratic countries that have bad reputation for oppressing political dissidents, social activists and journalists, like Mexico, India, Rwanda and Hungary.

In some cases, it is reported that Pegasus was suspected also of hacking smartphones targeting presidents and prime ministers, among them Emmanuel Macron of France. NSO denies the allegations.

NSO is a typical product of the Israeli military’s advanced technology sector.

Israel is a world leader in the research and development of cyber tools and warfare. As with the sales of arms, which Israel is also among the top 10 globally, the hi-tech industry is traced to the military and its renowned intelligence community.

As a small country with a siege mentality, Israel developed this sector as a necessity, to maintain a technological edge over its enemies.

For that purpose, Israel established highly skilful technological and intelligence units in the Mossad, the Shin Bet domestic security service, the military and the defence ministry’s research and development unit.

The most famous among them is Unit 8200, which is the largest and most important body in Israeli Military Intelligence (MI).

Unit 8200 is responsible for collecting data and intelligence, and researching, analysing, deciphering, and processing it, as well as supporting special operations behind enemy lines.

Originally, its tactics were designed to enhance and improve the government’s decision-making. But in the past two decades, 8200 also developed cyber offensive measures, which were “proven in battle” during joint operations with the US intelligence community to infiltrate Iranian computers and damage its nuclear centrifuges in Natanz.

The capabilities and methods 8200 has used on Palestinians were deemed so problematic and intrusive by 43 of the unit’s former soldiers and officers they accused it of “political persecution”.

But 8200 is not alone. Israel also has some other cyber units, such as the MI’s technological branch (known as Unit 81) and the defensive cyber bodies of the Communication Corps, which are in charge of protecting military networks from being penetrating by foes and friends.

The founders of NSO, Shalev Hulio and Omri Lavie, emerged from the ranks of one such unit. And what they have in common with many graduates of units such as 8200 is the drive to utilise their military technological experience and knowhow, and apply it to the civil market.

This personal desire is supported by the defence ministry’s policy to promote and export military products – be it missiles, shells, airplanes, artillery and tanks, or technology and software – to foreign markets.

The aim is not only to improve the Israeli economy; it is also a diplomatic tool. By selling weapons or cyber tools, Israel is making inroads into uncharted territories, especially countries that either don’t have diplomatic relations with Israel or whose governments are global pariahs.

Israel has no inhibitions about selling products to governments that the US and EU would shudder at, as long as such ties and sales serve its diplomatic and military purposes.

In such a way, Israel, mainly via the Mossad, paved the way to form first clandestine and later more open ties with parts of the Arab world, be it the UAE, Bahrain or Saudi Arabia.

The tradeoff for Israel is very simple: the defence ministry approves, licenses and even encourages firms like NSO or Cellebrite to sell their lethal tools to dictators, unscrupulous police forces and security services. In return, these governments are ready to form relations with Israel or cooperate with it by providing intelligence.

Azerbaijan is a good case to illustrate this unholy alliance. Israel has sold weapons and cyber equipment to Azerbaijan. The Baku government has used it to spy on and harass its political opponents and journalists, but as means of reciprocation is allowing Israel to use its territory as a launchpad for intelligence operations against Iran.

Ahead of enemies and allies

However, there is a caveat in the Israeli readiness to sell its wares globally. It will never sell state-of-the-art technology that is solely reserved for its own intelligence agencies, which enables Israel to be ahead of its enemies and even allies.

For example, the Shin Bet will always use more advanced cyber capabilities to spy on the Palestinians in the occupied territories.

Only when a new generation of tools is developed will the defence ministry allow less developed tech to be sold to foreign markets.

One can conclude that the Shin Bet, Mossad and MI now have much more sophisticated spyware than Pegasus.

Now that Israel is in the eye of the storm, it is time for its military and diplomatic leaders to change their course and policy. It has to add moral and ethical values to its security and foreign policy considerations.

As a first step, the sale of tools such as Pegasus has to be suspended, at least to dubious regimes.