CHP will find a Macron for Turkey, says senior journalist

The crucial point in the presidential elections in 2019 will be the second round and who will race against President Recep Tayyip Erdoğan, and main opposition leader Kemal Kılıçdaroğlu may rally the troops behind a name that can win against Erdoğan, according to experienced journalist Sedat Bozkurt.

Tell us about your analysis of the Republican’s People Party (CHP) congress.

I’ll give you the headline: If there will be a Turkish “Macron,” they will not come from within the CHP but the CHP will be the one to find them and bring them to the forefront.

Look at the components of the “no” bloc, (which came about during the presidential referendum). The CHP played the role of facilitator and was successful. The problem with a joint candidate is the accident they suffered in 2014, (when the CHP and Nationalist Movement Party [MHP] entered the 2014 presidential elections with Ekmeleddin İhsanoğlu). But I think they will overcome this because I see (main opposition CHP leader) Kemal Kılıçdaroğlu at the point of being open to everything for a principled cooperation in the name of democracy to override President Recep Tayyip Erdoğan’s regime.

Kılıçdaroğlu recently said Turkey’s problems could not be solved by the 18th or 19th century concepts of right wing and left wing. People can come under one roof independent of their identities, this is how Kılıçdaroğlu has said he will make headway.

Do you think Kılıçdaroğlu will not become a candidate?

So, all the calculations have been made for the 2019 presidential elections?

I think there will be early elections. First, look at the economic situation. Second, look at how the Afrin military campaign has been instrumentalized for domestic politics. Erdoğan cannot maintain the current consolidation for another year and a half.

Do you think the CHP is preparing for that outcome?

This is the problem with the CHP. This is not a party that initiates political processes. There is already a game maker; the Justice and Development Party (AKP), who is cornering the CHP in a very narrow space.

The first time we saw the CHP steal a role from the AKP was with the “justice march.” But other than that, they come with some documents and corruption claims but fail to keep them on the agenda because they are faced with a government that shapes the agenda, who can use the agenda in order to consolidate people and a government who can intensely use the media as an instrument because it has it under its control.

The problem with the CHP is it is an ineffective opposition. For instance, following the elections, the AKP meets for eight hours and discusses why they lost in this or that region. The CHP meets and finishes the meeting in an hour.

What does the result of the congress tell us in view of the high amount of votes (CHP lawmaker) Muharrem İnce received?

These are not votes that come as a result of İnce mobilizing the opposition in an organized manner to Kılıçdaroğlu prior to the congress.

Is there reaction within the party? There is. The party leadership has several weaknesses. İnce delivered a good speech. The delegates might have voted for him in order to approve his speech or in order to give a warning to Kılıçdaroğlu and the party organization.

You can analyze the mentality of the delegates during the congress day like this: If someone else had been a contender that day, let’s say someone in his 30s, who was talented in terms of addressing crowds, that person could have won the elections without any previous organization.

What message have the delegates given?

No one is happy about the CHP’s performance. This is a party that has not been able to receive more than 25 percent of the votes for over a decade.

Why is it that the CHP cannot come up with another leader?

Together with (former CHP head) Deniz Baykal, (former CHP secretary general) Önder Sav have disrupted the DNA of this party. The social democratic tradition has been eliminated and all in-party democratic roads have been deadlocked. You need the signatures of 10 percent of the delegates to become a contender. In the past, anyone could become a contender and the country’s politics were discussed. Currently, all we discuss has been who was elected as head of the party and who has made it to the list of the party assembly.

You mentioned the weaknesses of the party leadership. Can you elaborate on this?

Party leaders set up their own team. They set out on the road with people they know they can work together with. Kılıçdaroğlu has no such team. The delegates decide who Kılıçdaroğlu will work with, whereas Kılıçdaroğlu cannot tell them directly, “these are the names I want to work with.” As such, you end up with a disconnection between the deputy heads of the party; a divergence of views. There is no unanimous voice in the party concerning an issue. Kılıçdaroğlu has been working with different names for the past four periods. The management of the party has been criticized and will continue as such after this congress as well.

I’ll give you an example of how the CHP submits itself to the AKP’s agenda: The previous congress took place during the solution process so you could hear Kurdish songs being played, can you do that this time? Even if they might have wanted to, they could not. They surrender to the climate created by the AKP. The Kurdish problem was an issue the CHP would come up with proposals on how it could be solved. Today, they even avoid mentioning it. They cannot even have someone of Kurdish identity in the party organs.

You are talking about (CHP deputy) Sezgin Tanrıkulu.

Indeed, the delegates themselves are affected by the environment and don’t vote for him. Kılıçdaroğlu does not come out and say he wants to work with him either.

On the one side, there seems to be a need to revive the social democratic tradition, but on the other, the CHP feels it needs to attract conservative votes. That is quite contradictory.

There is a constituency in Turkey who have become delusional with the relative increase in the rhetoric on welfare and Islam. You cannot lure them with leftist rhetoric like class struggle, etc. Either you have to give concessions from your principles and be like others, or you have to continue to defend your political identity but at the same time, you try to do that by securing a wider alliance. That is the “no” bloc.

We have seen that people can leave their identities aside and unite for only one reason. This is what Kılıçdaroğlu is after. He has no intention of pulling the party to the left. During the “justice march,” both Islamists and Kurds came to participate in the march. This was criticized within the party. But when they came to join the CHP, that did not push the CHP to their (political) sphere, the CHP continued to maintain its own (political) sphere. Those with different political, ethnic and sectarian identities came to the CHP to support the thesis defended by the CHP.

Currently, there is a struggle for democracy and justice that corresponds to the same thing in groups with different identities. So, the CHP will neither move towards the right nor more towards the left. It first needs to give this struggle for democracy and justice. Kılıçdaroğlu is continuing closed-door diplomacy with the Felicity Party (SP) and the Good Party to keep them together.

WHO IS SEDAT BOZKURT? 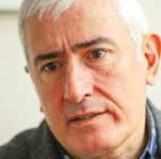 Sedat Bozkurt was born in Ankara in 1965. He graduated from Gazi University’s Press and Information Faculty’s journalism department. Starting his career in 1987, he worked in Ankara for several newspapers and television channels as a reporter, news editor and editor-in-chief.

In 1996 he was chosen by the students of Istanbul University’s Communications Faculty as the “journalist of the year.”

Flu Is Causing 1 in 10 American Deaths and Climbing