Malls to survive by adapting to post-coronavirus world

COVID-19 has hit Turkey’s shopping centers hard, but the country’s malls are poised to bounce back once the pandemic recedes, according to a professional for the industry.

“Like the Grand Bazaar which has lived for centuries, our shopping centers will not die. People love shopping centers in our country and in the wider region,” Avi Alkaş recently told the Hürriyet Daily News. “I am expecting new functions to start taking place alongside shopping. We might see more medical facilities, or more co-working areas within them.”

Can you tell us the history of the shopping center industry in a nutshell.

That might be difficult, since it goes back to the Grand Bazaar, which, having been built in 1461, might be one of the oldest malls in the world.

But the story of the modern shopping center started in 1989 when the first one opened in Istanbul. Toward the end of the 1990s, we started to have big box stores in the Continental European style with Carrefour hypermarkets, do-it-yourself stores and furniture stores. Then with the third generation, we started having more transparency as shopping centers became outward-looking, since we put our cafes and restaurants on the outer perimeters of the buildings.

With the fourth generation, just like with 4G in telecommunications, we started to introduce open-air malls like İstinye Park [which opened in 2007] and the Zorlu Center in 2013.

And now we are moving to this new era, just like 5G — street-like shopping centers with additional promenades and more open-air or even new shopping streets being managed in the format of a shopping center. COVID-19 is forcing us to move in that direction.

But shopping centers have become part of daily life, especially after the 2000s.

From 2000 onwards, especially after 2005, we had a huge increase. It was a novelty; an aspect of modernity that people loved. We presented a place to the consumer where they could go with families, socialize and go to the cinema. I believe that even Turkey’s film industry benefited from the transformation of shopping centers by introducing what we could call pocket cinemas due to their small size.

Shopping centers played a role in the success story of Turkish retailers as we introduced our own Turkish Alaturka style. In the United States, malls do not usually have a supermarket or food store. We made a combination. But instead of big hypermarkets, we had supermarkets, and that secured us the daily and frequent visits of women that would come for their daily food shopping as well. The coffee shops, bistros and all-day diners also increased the number of visitors.

They have been subject to sociological analyses, as they have come to play an important part in daily lives.

Even in smaller cities of Anatolia, mothers send their daughters very comfortably to shopping centers, but they don’t want them to go onto the main streets of the city. We have become a focal point in family life, regardless of income, age or sex. We are all inclusive.

But they have been the subject of criticism as they represent a consumer economy.

We were also accused of pouring cement everywhere. But if city planners and municipalities had not given those construction permits, there would not have been all these shopping centers next to each other. 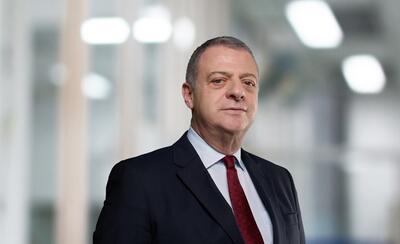 Some criticize us for promoting a society of consumption. What bad is there? If we sell, it means that we produce, and if we produce, it means we provide employment. Our chimney-less factories represent a registered economy providing 800,000 people with direct employment.

In the days of COVID-19, we have shifted toward online shopping, but this means we have continued shopping.

We are also facing another criticism these days — that we are opening too early. Nobody is obliged to come to the shopping center. But if everyone assumes their responsibility, and if we take the necessary precautions for our employees, then we can cater to the needs of our visitors.

How do things look after reopening?

It is picking up. People are staying less, but purchases per visitor are higher. We will have a tough summer. The recovery will need some time. But I am sure that by fall or winter this year, and starting from next year onward, we could leave the problematic times behind

How do you see the future of shopping centers in the post-pandemic world?

We were already in a crisis before the pandemic because of changes in legislation, changes in rental payment terms, sales losses and a decrease in purchasing power. And also because of the increase in the number of shopping centers.

We are going to see a consolidation in the industry; some of the smaller shopping centers will need to unite with the bigger ones. Some of them will be transformed. I am expecting new functions to start taking place alongside shopping. We might see more medical facilities, or more co-working areas within them.

After that, we could see external openings because the quality of shopping center development and management in Turkey has reached such a level that I would expect some Turkish developers to become more active in foreign markets.

By the way, we have 26 cities without shopping centers, and every city needs at least one or more.

I am very much for multi-channel shopping. E-commerce can grow further with physical shops.

For some time, click and collect will be the major trend until we create some innovative approaches for faster deliveries. I tried to buy online but canceled my order when they said they would deliver in seven days.

Tell us your prediction about future workplaces.

As Turks, we have loved working from home. But when we are working from home with our work shirts [on on top] but shorts on [underneath], we are becoming too relaxed and perhaps, occasionally, less productive. To increase productivity and engagement, I am expecting shifts to co-living.

Maybe we might have four-day work weeks and three-day weekends, and we would need to accommodate our employees’ co-living spaces just like the co-working places which would be nearer to their workplace.

We might convert the upper floors in high-rise offices in city centers into dormitories or co-living places for our employees so that on Monday, Tuesday and Wednesday nights, they could stay there, avoid commuting every day and just use the elevators in the upper parts in the morning when they come into the office. In this way, we could have four days in the city and three days in the suburbs; there would be major change in our social lives and housing needs.

How fast could Turkey adapt to these changes?

Very fast. Our agility and ability to react quickly is incredible. It would not take pace [down the road]; it’ll be sooner than later.

I don’t believe the pandemic will kill globalization; maybe there will be a bit more regionalization. Turkey will exit this pandemic with certain advantages in my industry but also in some other sectors as well.

Since 1997, he has been the managing director of Alkaş Alışveriş Merkezleri Danışmanlık Co. Ltd., a consultancy for investors interested in building shopping malls.

He is a member of the International Council of Shopping Centers (ICSC) and a European member of both its board and its jury. In 2008, he merged his company and became the country chair of Jones Lang LaSalle.

Olivium, Tepe Nautilus, Armada, KayseriPark, KoruPark, İstinyePark, Vadi İstanbul, Emaar Square and Zorlu Center are among the projects on which Alkaş has taken up important tasks.

Born in 1956 in Istanbul, Alkaş is a graduate of Boğaziçi University

Some 25,000 die in Mediterranean over past 8 years: Erdoğan